Put a Bird On It! 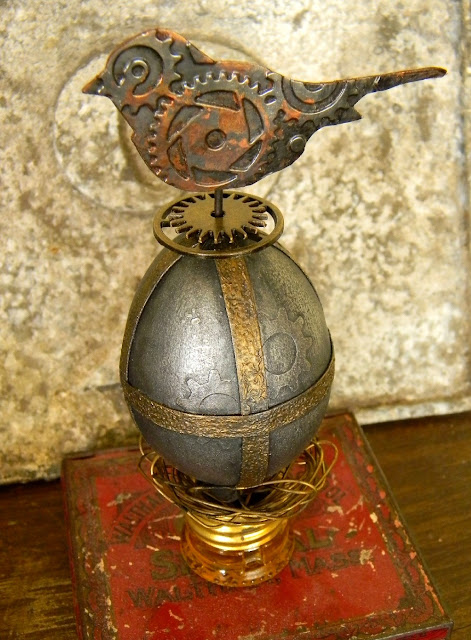 Any Portlandia fans out there? I decided that my egg was too boring, so I put a bird on it! I was messing around with the idea of doing a Steampunk Easter egg a couple weeks ago. I made one, but then couldn't figure out what to do with it. Today, I was experimenting with the technique I used in my previous post - trying (and failing) - to create a Steampunk look, and had an aha! moment. I chucked the ugly egg, and put this together. 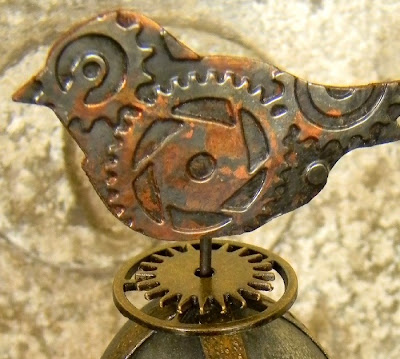 My bird was created by adhering a copper sheet to Grungeboard, and then cutting it using Tim Holtz's Caged Bird die. After it was cut, I ran it through the Cuttlebug gears embossing folder. To hold the bird, a length of wire was threaded through two Idea-ology Sprocket Gears and inserted into the egg. The bird is affixed to the wire with a dab of hot glue. 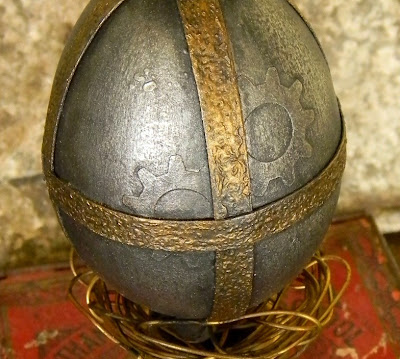 By the way, this is a real egg! The technique I used to create it is too long for this post, so I may just pop a tutorial on here later this week. It sits on a nest of tangled wire which rests atop an old fuse.

Posted by Shelly Hickox at 4:53 PM