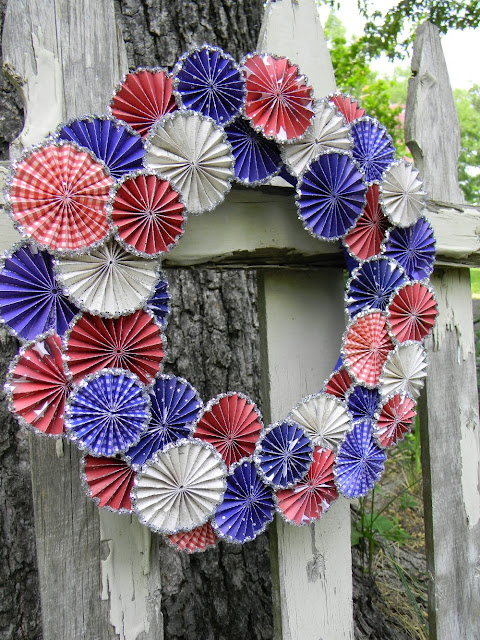 Happy Independence Day to all of my American friends! I hope you're all having fun celebrating with friends and family. At my house, we're especially excited because my son, Luke, is home for the first time since he joined the Air Force in February! It feels like old times and I will be shedding more than a few tears when he has to leave for his new base. 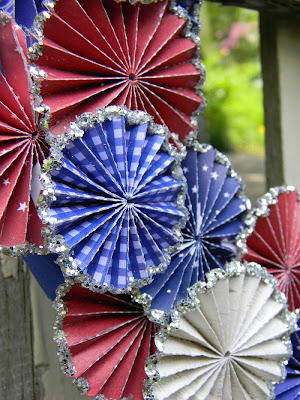 In honor of the holiday, I created a patriotic wreath using Tim Holtz's Sizzix Rosette Die. I wish I could claim this as my own idea, but I can't! I found it while browsing on Pinterest (tell me I'm not the only one addicted to that site!). It's from All You magazine. I adapted it to my own taste and what I had on hand. The paper is from a pad that I've had for years and never used. That's why I hoard - you just never know when something will come in handy! Since the directions called for different sizes, and I don't have the Mini Rosettes die (yet!), I had to improvise.Here's a quick tute to show you how to downsize your regular rosette to make a smaller one. 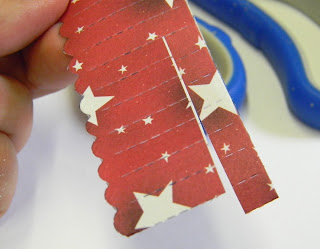 Cut paper using Sizzix Rosette Die. Using your scissors or paper cutter, cut off about 1/4" from the straight edge. 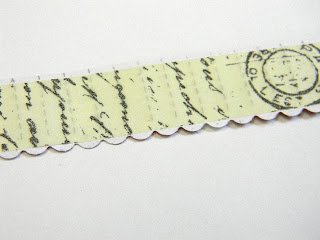 On the reverse side, run a strip of tissue tape down the length. You need the tape to keep the segments together, since you cut off the solid edge. After taping, trim off about four segments from the end. 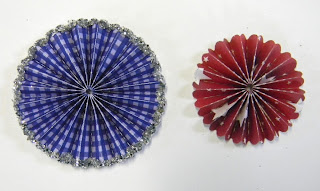 Pleat and glue as you would a regular sized rosette. That's it! It's surprising how much smaller this is after trimming such a small amount off, but it really makes a huge difference. 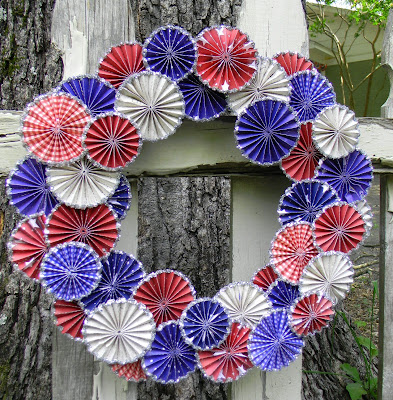 I can honestly say after making so many rosettes (about 40!), I am a Master Rosette Maker. A sensei of rosettery, if you will. I am also proud to say that I came out on the other side of this project with not one finger burned after extremely heavy glue gun usage. ;-)

Have a great week!
Posted by Shelly Hickox at 2:15 PM