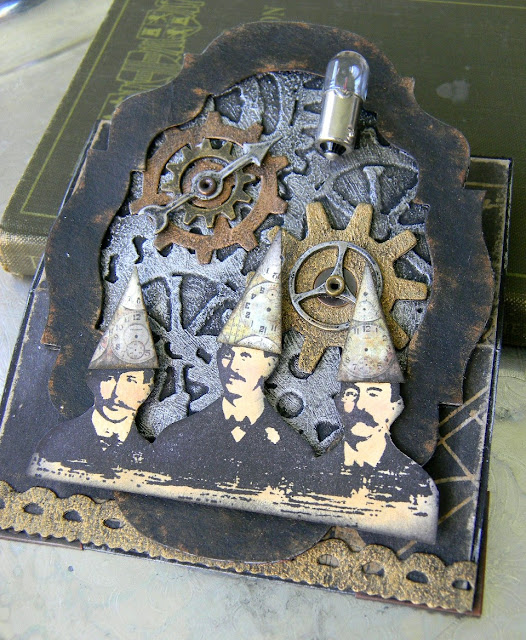 This week's Grungy Monday challenge is a celebration of the man who started it all - Tim Holtz! His birthday is January 7th and we're celebrating by creating birthday cards. I decided to try my hand at making an Easel Card - one of the 70 projects in the Technique Junkie 3D and Fun Folds CD. This is a view of it flat.... 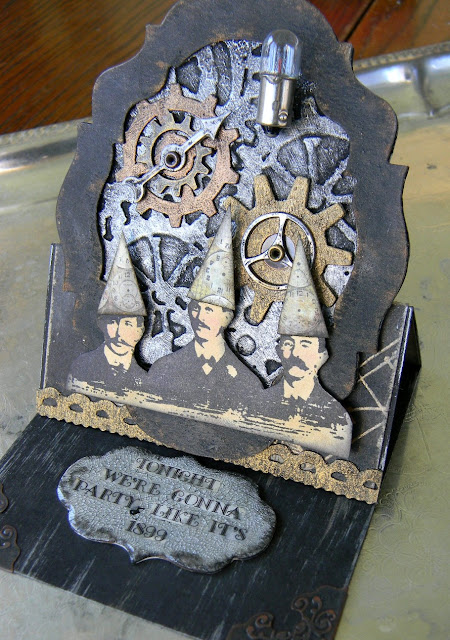 And here it is 'opened'. How cool is that?! I love that it slides up for easy display. This is the first one I've ever made and it was really simple. 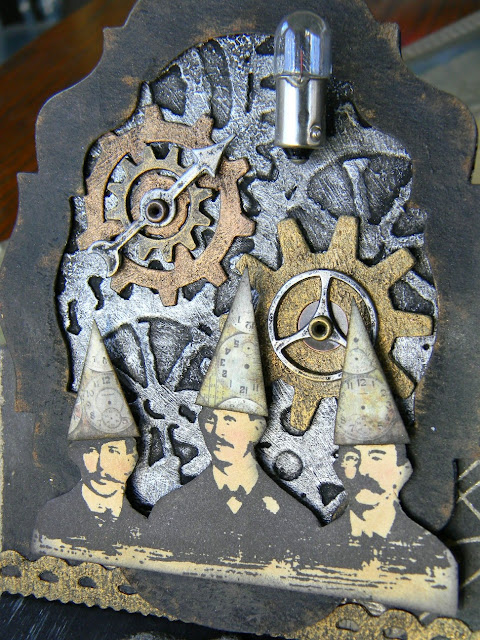 Obviously, I knew I wanted to make a masculine card, but beyond that, I had no idea where to start! I decided on a Steampunk theme and started pulling out anything that would work. The background is cardstock that was embossed using the Sizzix Steampunk Texture fade, and then painted with Silver and Pitch Black Adirondack Dabber Paints. The gears were cut from chipboard using Tim's Mini Gears dies. They were painted with Gold and Copper Dabbers and layered onto the background with Idea-ology Sprocket Gears, Washers, a Game Spinner, and attached with Long Fasteners.

The men are from Tim's Steampunk stamp collection. I cut off their top hats and added party hats cut from paper from Idea-ology Lost and Found Paper stash. The little light bulb on the top is also from Idea-ology. 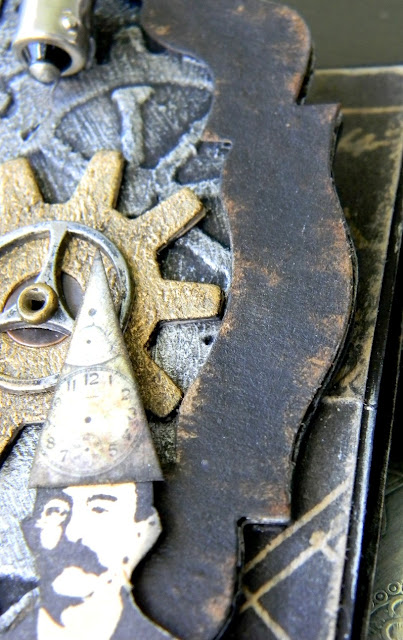 I thought the Sizzix Baroque die would be perfect to use as a mat. When I was getting ready to cut it, I spotted the Mini Baroque die and was like...hmmmm..... I've never used them together to make a frame and decided to have a little experiment. I LOVE how easy it is to use these two dies together! I used chipboard for the frame and then painted it with a Pitch Black Dabber, sanded it, and inked it with Bundled Twigs Distress ink. I think it looks so cool - like old leather. You can barely see it peeking out, but the background paper for the card front is Kraft Resist that I inked with a Black Soot Dabber and then lightly sanded. 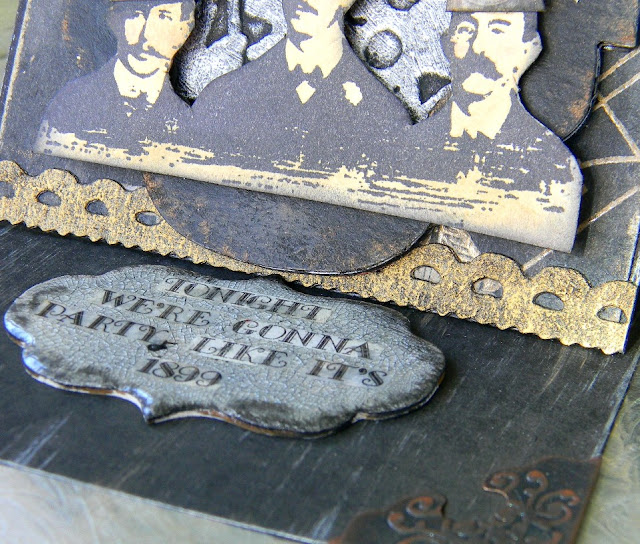 To add a little interest to the front of my card, I cut some light chipboard using the Sizzix Vintage Lace die and painted it was Gold and Pitch Black Dabbers. Metal Idea-ology Corners embellish the bottom of the card. 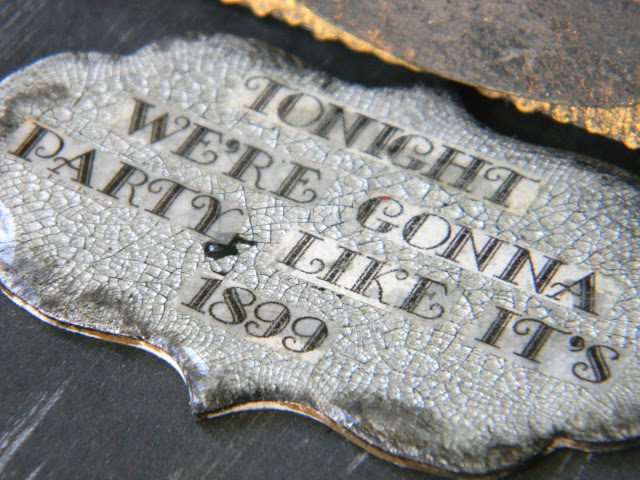 While racking my brain, trying to think of a sentiment to stamp (I have almost NO everyday sayings), I kept thinking of Prince's 1999. Why not change it up a little to reflect the Steampunk theme? ;-) I computer-generated the sentiment and then added it to a Faux Mercury (click here for my tutorial) piece that I cut using Sizzix' Mini Labels die.

I hope Tim likes it! If you're interested in purchasing the 3D and Fun Folds CD, you can use the link below, or the one at the top of my sidebar.
Supplies:

Dang, I almost forgot my news (is anyone still reading this?)! About a month ago Tim asked me to create samples for him for CHA, later this month. How cool is that?! I won't be able to share anything until after the show, but I have been dying to tell you all and Tim said it was ok! And yes, I still think I may have just dreamed the whole thing. ;-)
Posted by Shelly Hickox at 2:40 PM