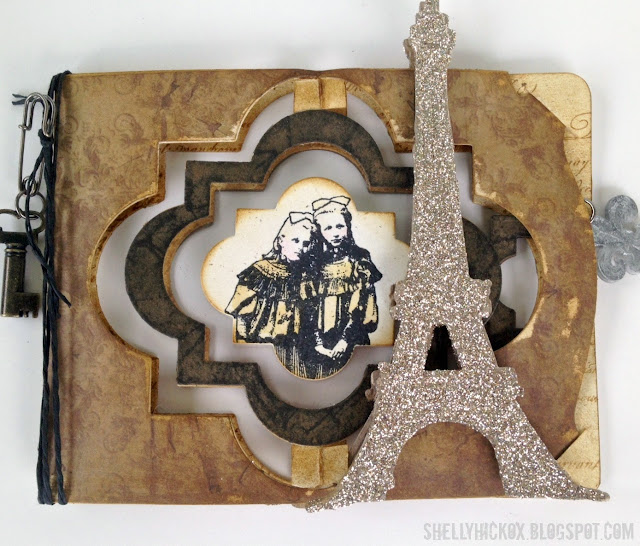 syn·er·gy
[sin-er-jee]
noun, plural syn·er·gies
the interaction of elements that when combined produce a total effect that is greater than the sum of the individual elements, contributions, etc.; synergism.

It is very rare in life to find people who really, truly understand you. Even more rare are those who can lift you up and inspire you to do more, and who make you excited about your art. I am very lucky in that I have some very good friends who do just that!

Yesterday, my friend Cyndi came over for an art day. We had planned another project, but we were both dying to have a go at Karen Burniston's Floating Framelits card. She created the tutorial for a Stampin' Up! UStamp event - it just so happens that Cyndi is a Stampin' Up! demo and she signed up for the class. Lucky me! 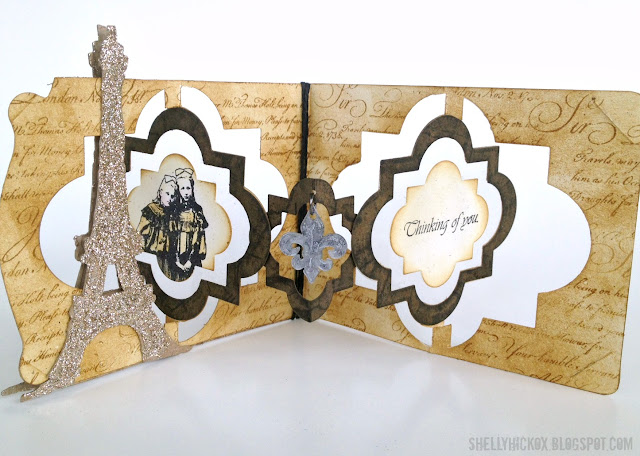 Here is the card when it's open. Amazing, right?! I will forever be astounded and delighted by Karen's ideas. What makes her so special is that she inspires me to try things I never would have even attempted. She makes me excited about art! When I was describing how it was to work with Karen, Cyndi said it was like we had great synergy. And that's the perfect term. It's also what I have when I'm with Cyndi. So, imagine a play day with Cyndi, creating a card designed by Karen - it was wild, crazy, and so much fun!

I took a few liberties with Karen's design and added an extra frame in the center (there was much excitement and screaming when we discovered that idea). Where she used her dress form die, I substituted Tim Holtz' Eiffel Tower, embossed and glittered. Love that Platinum Dry Stickles! The frames are all from Karen's new Journeys release that will be available in June. I decided to 'float' the center panel by added acetate to the main frame. The rubber stamps are from Artistic Outpost's Birds of a Feather collection. One of my faves! 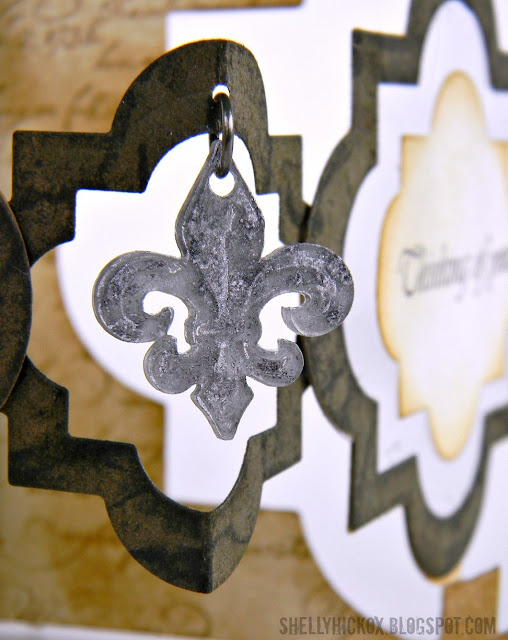 After I'd decided I wanted the little frame in the center, I went in search of a charm I could dangle from the top. Everything I had was either too big, too small, or too heavy. While I was mulling over this problem, I remembered Karen's solution - shrink it! I cut the fleur de lis using the new Sizzix die and embossed it using the companion Texture Fade. After applying silver and Pitch Black alcohol inks, I shrunk it. I am SO in love with how it came out! A couple people asked if I'd do a tutorial, and I think I will! It's definitely worth a few more pics. 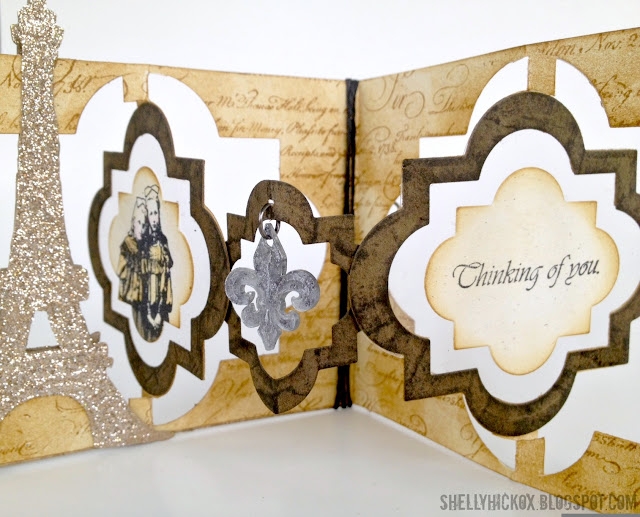 Here's one last shot to show the dimension. This was such a fun card to make! Most of the supplies I used can be found at Inspiration Emporium via the links below. Remember to use my coupon code - stamptramp - to save 10% on your order.


Oh, and how about a little Vine video, so you can see how it all works? I encourage you to grab a friend and make some art - just for art's sake! It is truly good for your soul. :) Have a fantastic week!

Posted by Shelly Hickox at 6:10 PM