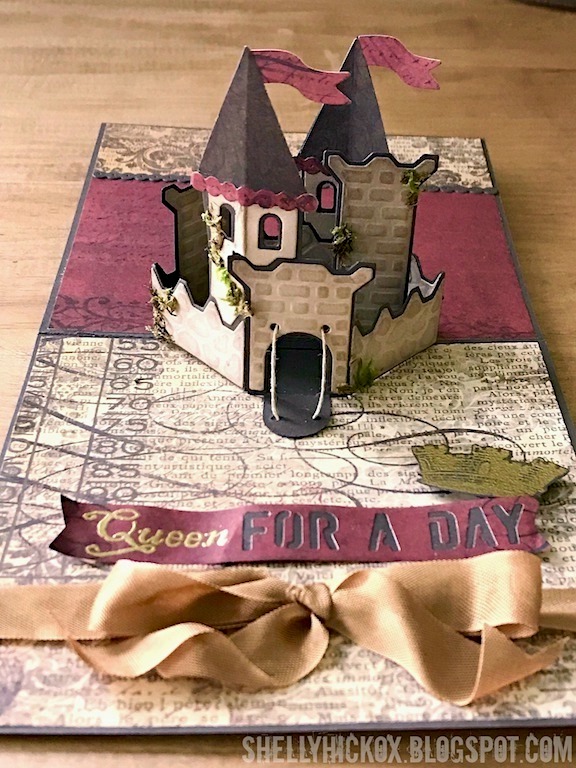 Hi all! It's time again for Karen Burniston's Designer Challenge. For February, the designers are highlighting her new Castle Pop-Up die - another one of my faves from the Winter 2018 release! This die is incredibly versatile. It can be a medieval castle, a sandcastle, a sweet princess castle, and anything else your creative mind can think up! 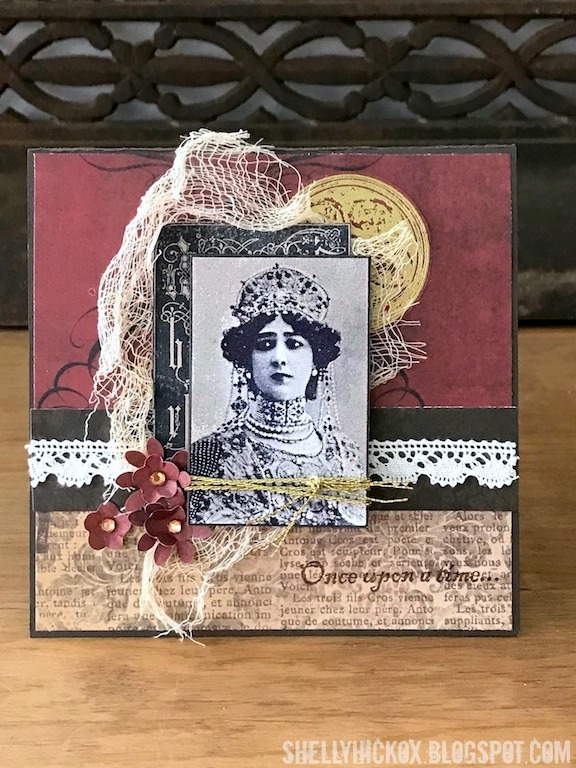 I decided I would go the medieval route and started by decorating the front with stamps from Oxford Impressions' Castle Keep stamp set. The papers are all from My Mind's Eye. The little flowers were cut with dies from Karen's Flowers and Bee die set. 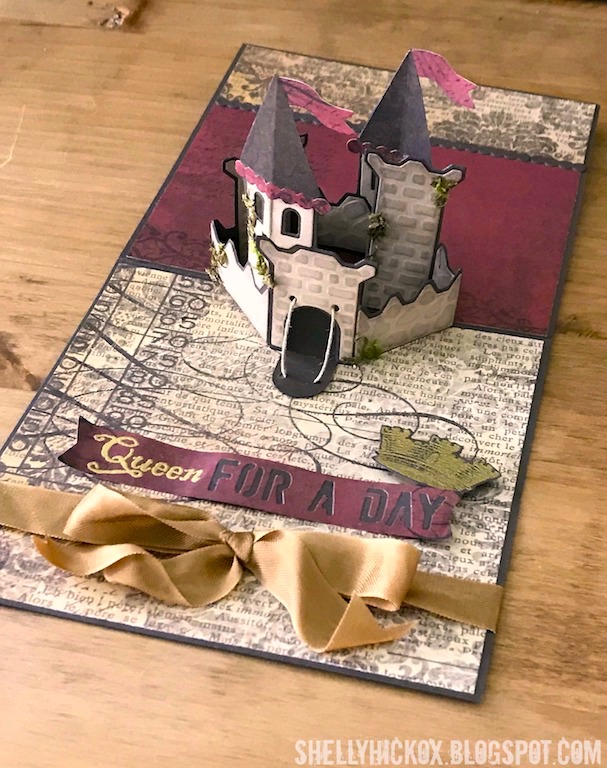 When the card is opened, the 3D castle expands - incredible! Look at those turrets! And the little drawbridge! The die pieces have the brick/stone texture built in, so I used my Sizzix impressions pad to emboss the panels, then sponged them with ink to highlight the texture. So cool! To give it even more dimension, I glued little bits of moss to the turrets and wall, making it look like ivy was climbing up. To create a greeting, I die cut a banner using the word inset (both from the new Royalty Word Set), then heat embossed the word 'Queen'.

I think this would be the perfect birthday card for a special friend who deserves to be called 'Queen for a Day'!

The supplies I used can be found via the links below. 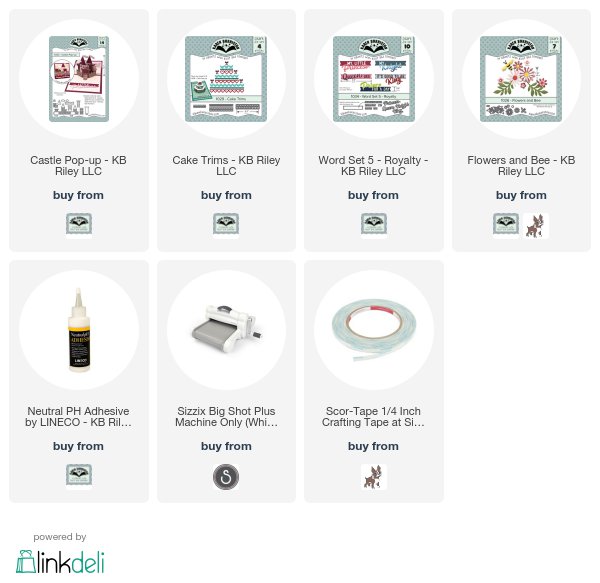 Thanks so much for stopping by today! Be sure and check out Karen's blog tomorrow to see her cool idea using the Castle Pop-Up die plus tons of inspiration from the rest of the team!