Going Batty for Pop it Ups! 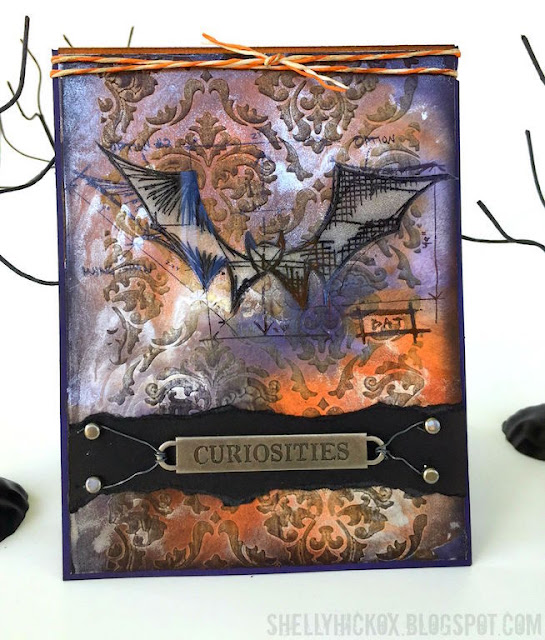 Happy Fall, everyone! Today, I'm sharing my Pop it Ups version of Tim Holtz's September tag. I haven't done one in ages, but absolutely fell in love with the technique he used and was dying to try it. Since we're getting closer to Halloween, I decided to make mine into a spooky pop-up card! 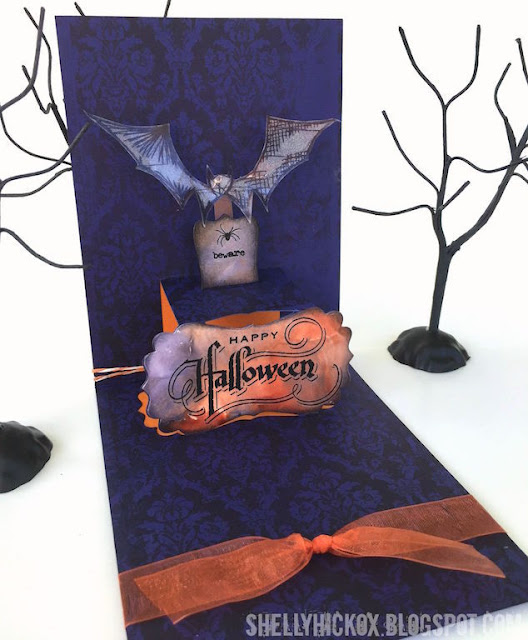 Here is the open view. I used Karen's Lucy Label set to create the pop up element from purple paper that had been stamped with Tim's Reverse Damask stamp. I used the same die to cut the label portion from a scrap of the technique paper, then trimmed it, added a rub on and adhered it to the card. The die also cuts a little tab at the top, which makes a nice place to add an extra little element. I decided to make another little bat, which I adhered to a strip of transparency so that he'd bounce around when the card is opened. To cover the adhesive, I used the small label from the set to cut another scrap of the technique paper. I cut it in half, added a rub on, and I had a little tombstone. Perfect!

The Pop it Ups die set I used can be found at Elizabeth Craft Designs. For a limited time, they're offering free shipping on orders over $50 when you use the code HAPPYFALL2015. Act fast! This offer is only available to the first 50 customers! Everything else I used can be found at Simon Says Stamp via the links below.

Thanks so much for stopping by today - have a great week!
Posted by Shelly Hickox at 1:48 PM